It’s been all quiet on the blog front these last few weeks. We’ve been busy. Busy celebrating THE event of the year: my little sister’s wedding. But more on that in the upcoming weeks. Back to our Croatia/Bosnia holiday recap. 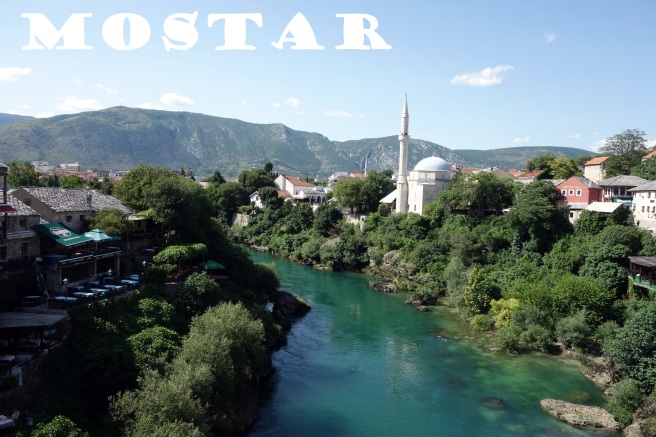 Occasionally you find a city that exceeds all expectations. That was Mostar for us. We decided to detour out to Mostar on our way from Split to Dubrovnik, and I’m so glad we did.  Mostar is a charming little town, and while it could be easily tackled in a day, I would recommend a day and a night to really get a true feel for the town. You can do as we did and catch a bus from Split or Dubrovnik out to Mostar. Or, if you only have one day to spare (and want a quick check-off on the countries visited list) you can catch one of the day tours offered out of Dubrovnik. Bosnia is definitely worth a visit if you are able to fit it in. We know we’ll be back again for sure.

Our evenings were spent exploring Mostar: we caught a collection of animated shorts, we ate döner kebaps and cevapcici, smoked some hookah, and drank some Bosnian craft beer. We strolled through the streets of Old Town eating gelato and perusing the market stall offerings. We took it real easy. 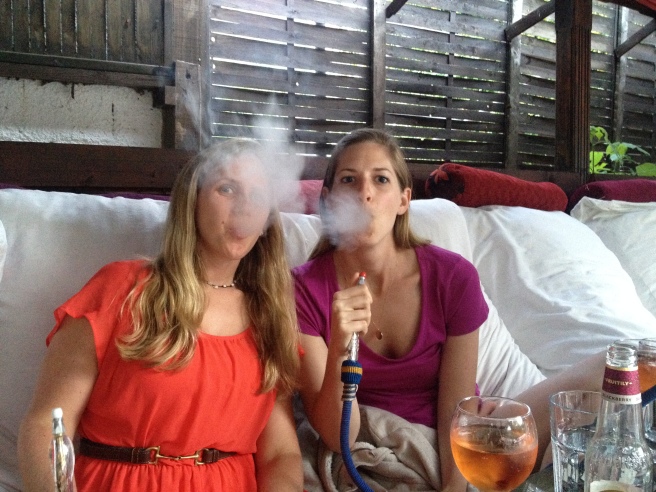 The Old Town of Mostar is a UNESCO site and the jewel of Old Town (and its most famous sight) is Stari Most (Old Bridge). The original bridge dating back to the 16th century was destroyed in the civil war.  Luckily, in the early 2000’s the bridge was reconstructed and built to be as close to the original as possible. If you’re lucky, you might find a local diver working the crowd.  If he gets enough money he’ll jump off the 20 meter high bridge into the river down below. 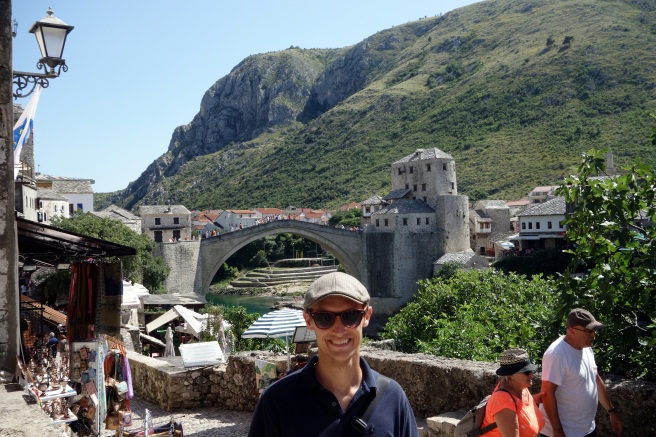 We also stopped by the Bruce Lee statue in Zrinjski City Park.  The statue was erected as a symbol of peace and unity for the city following the civil war of the 90’s.

Since we gave ourselves an extra night in Mostar, we decided to venture out for a tour of the area surrounding Mostar. Our airbnb host hooked us up with a friend of a friend and he took us out to see Blagaj, Počitelj, and Kravice Falls.

Our stop in Blagaj was a quick one as we stopped in just to see the Tekjia-Dervish House (for monks of the whirling dervish infamy). The tekke (monastery) in Blagaj is situated in a quiet and serene little nook right at foot of a cliff. It’s estimated that the house was originally built in the 16th century. I imagine this spot was the perfect place to seclude yourself away from the temptations of the world and reconnect spiritually. If you’re covered up appropriately (or borrow their coverings) you can tour the inside of the house. 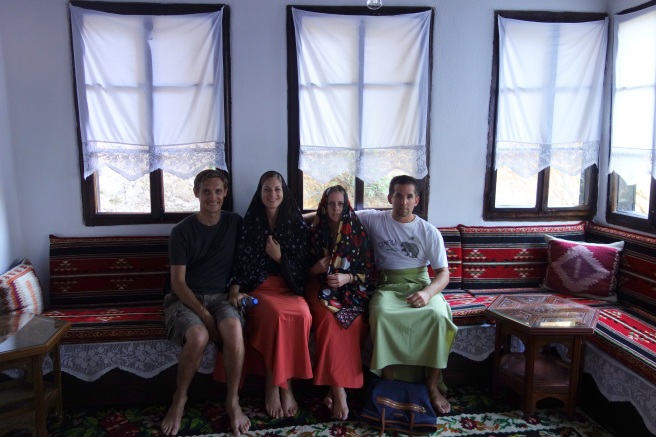 And just as quick as we arrived, we were off again and on our way to Počitelj (UNESCO site) which is a fortified city nestled into the hill right along the Neretva river.  The town was severely damaged during the war, but the government has been rehabilitating the buildings.  Today, the stone town is the home to an artist’s colony.  It was a peaceful place and we had the town mostly to ourselves: we climbed up to the top of the Fort, visited the mosque, and wandered around the stone paved walkways.

Hot and sweaty, we left Počitelj and headed to our last stop of the day: the stunning Kravice Falls.

I mean come on, look at that.  It kind of almost puts the Plitvice waterfalls to shame. I think at one point this used to be an off-the-beaten-path hidden location, but as always happens those hidden gems – everyone gets in on the secret and they become big tourist attractions. There is only a small area to park your towels, so we squeezed ourselves in as best as we could and then grabbed a drink before taking the plunge.

Before catching the bus to Dubrovnik, we did one last photo tour of Mostar.  All around the town you’ll see bombed out buildings standing next to untouched (or rebuilt) buildings.  It was amazing to see that destruction from the war reclaimed by nature with trees and shrubs growing inside buildings and out through windows. And of course, I couldn’t get enough of the street art. 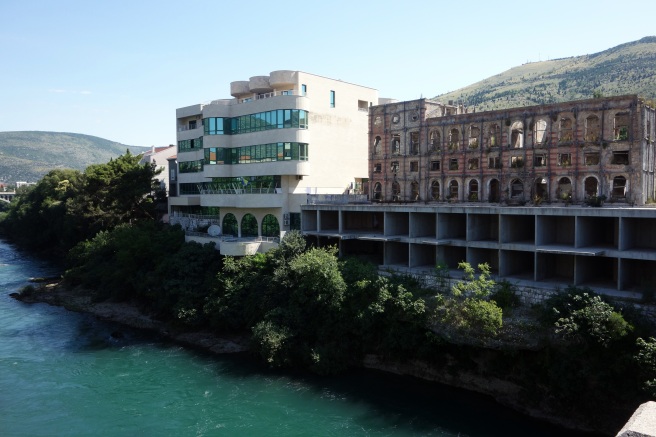 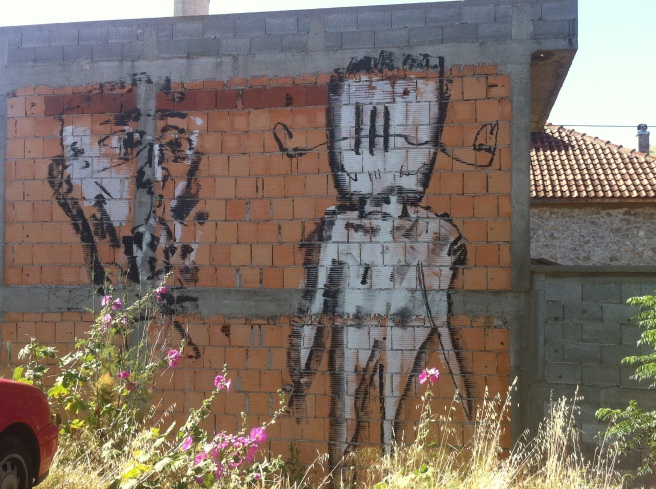 And this one perfectly sums up our sentiments at the end of our time here: 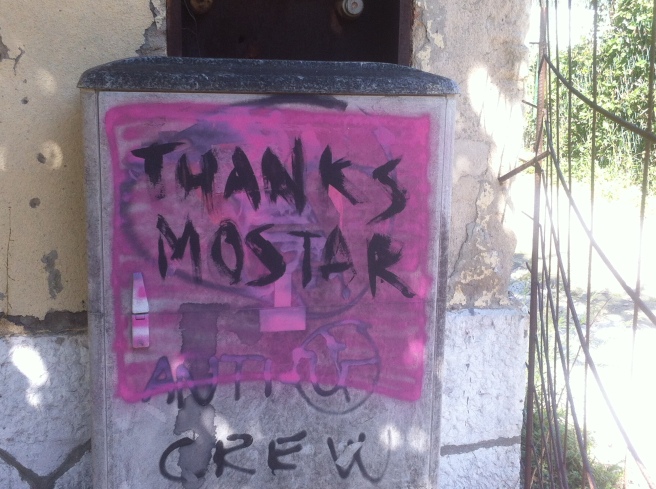 One thought on “Mostar • Bosnia and Herzegovina”

Tell Us What You Think Cancel reply

Follow we are the dreamers of dreams on WordPress.com

The past year has been filled with so many amazing moments. Blurry photos feel very right for this stage in our lives with an almost 17 month old. Happy New Years everyone - wishing you all a wonderful year ahead.
We are normally a post Thanksgiving decorating family, but we just couldn't resist.
Just call me Mr Bones.
Sixteenish years ago I met a boy and proceeded to spend the whole night (as captured here) talking to him until we were both bleary eyed and struggling to stay awake. Five years later he finally asked me to marry him, and then a year later we tied the knot. And now here we are celebrating our 10th anniversary, and what an amazing 10 years it has been. I'm so glad you called dibs @jaredobr9.